part of the Pure Movements series

I am fascinated by the complex yet elegantly fluid movement of spiders. I perceive beauty in the movement itself, separate from the creature which produces it.
To represent my perception I formalise the behavioural rules of the movement and translate them into computational instructions. The spider’s basic gait pattern is an alternation of 2 tetrapods with 4 legs moving while 4 are on the ground. The steps are altered in length and frequency according to variations in the terrain. Furthermore, the gait of some spider species becomes irregular as they move faster.
I visualise the abstract algorithm using the aesthetic language I developed in my photographic work which explores marginal scenes in my everyday surroundings.
I represent variations of the algorithm in different environments.

>> view works based on the Pure Movement 2 algorithm

>> view works based on the Pure Movement 3 algorithm 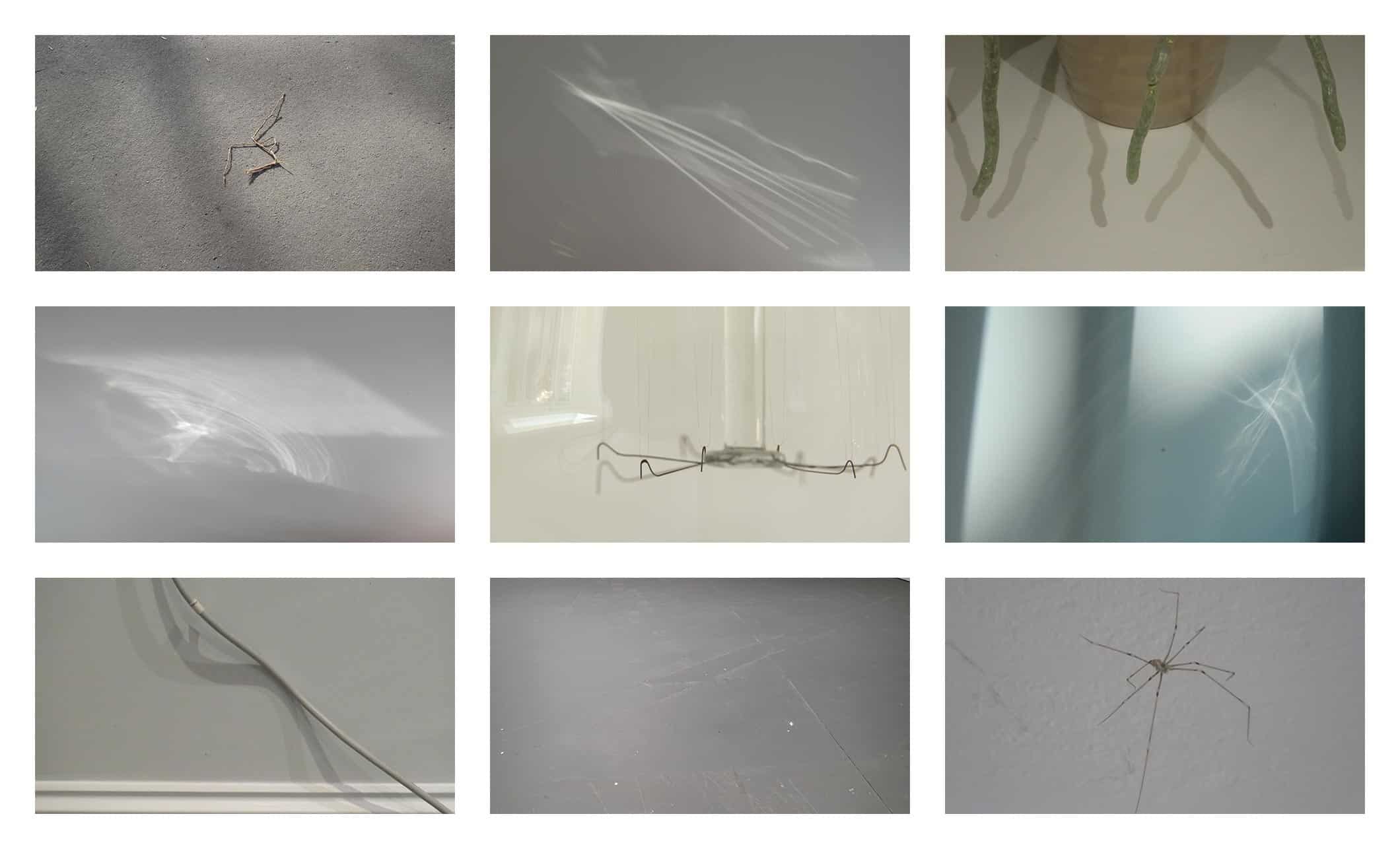 Pure Movement 1, environment 1.2
9 unique digital video loops (+1AP), each generated by an iteration of a custom algorithm and resulting in a subtly different movement; length varies between 0:58 and 1:04 min [above: 30 sec excerpt]; HD resolution; 2016

The work was distributed through digital art platform s[edition] 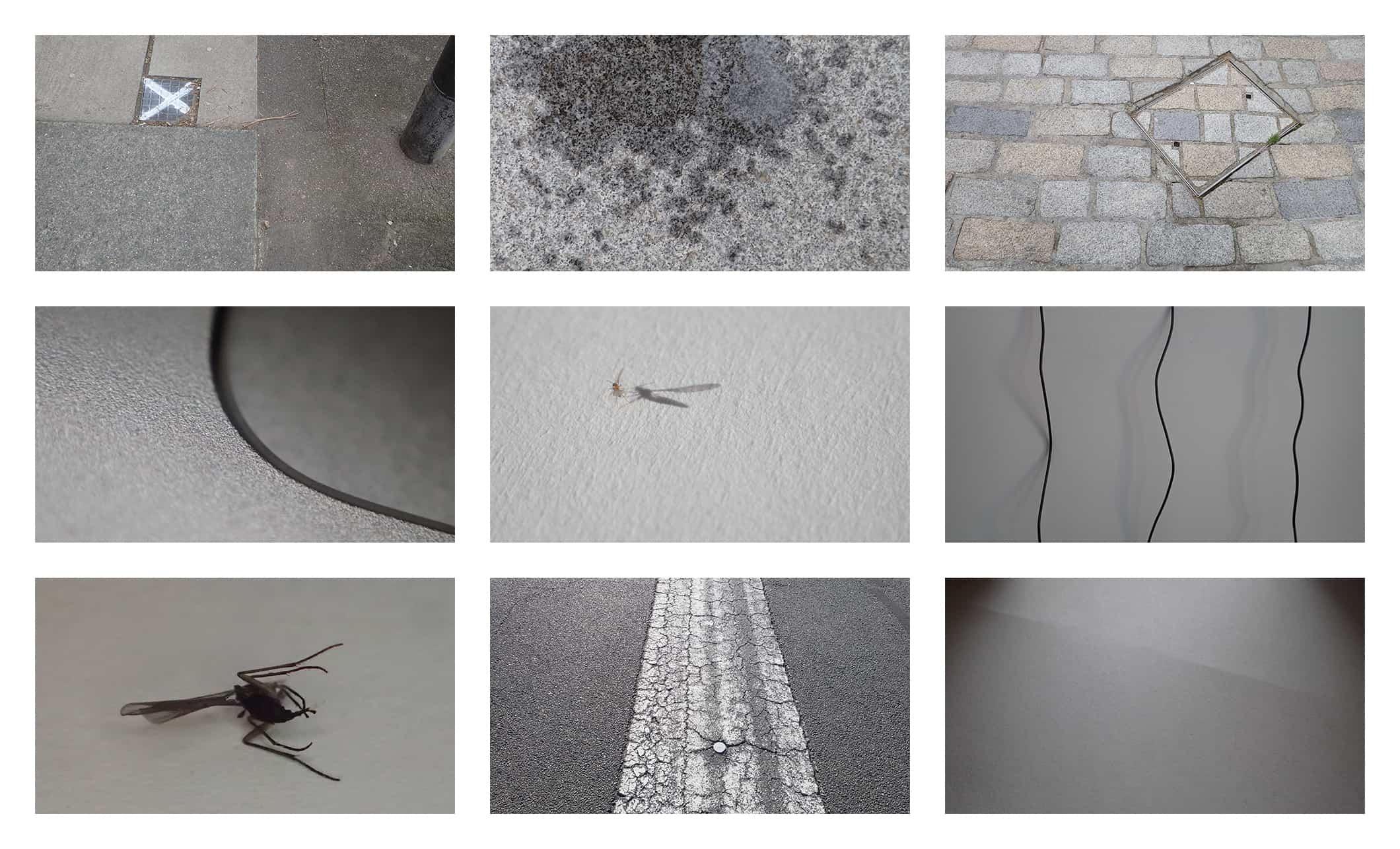 Environment 2 are the floor and walls of an art gallery.
‘five screens are situated at various heights and distances from each other on two adjacent walls, with one lying face-up on the floor along an irregular line demarcating two disparate patterns of tiling. From a distance, the screens appear imageless, emitting only a soft white glow. In close proximity, the textures and imperfections of the space’s distinctive surfaces become evident – as though the screens were empty frames. Across these five screens runs a looped video of Nolden’s algorithm, in which the long, spindly legs of an animated spider communicate the patterns and irregularities of its motion. As it moves across the screen, momentarily disappears and reemerges on the next—interacting with and moving through the actual space—the delicate lines of its body, and the shadow it casts, continuously reconfigure a drawing in process.’
from an article by art critic Julianne Cordray for BerlinArtLink.com 16/5/2017 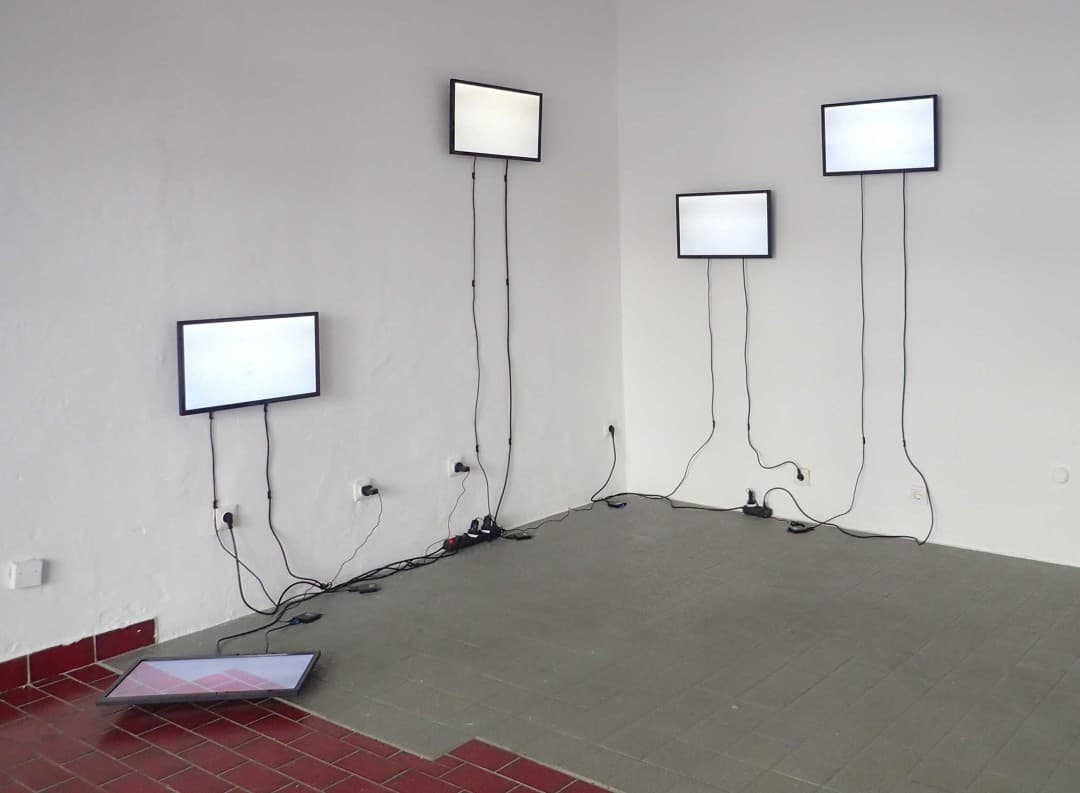 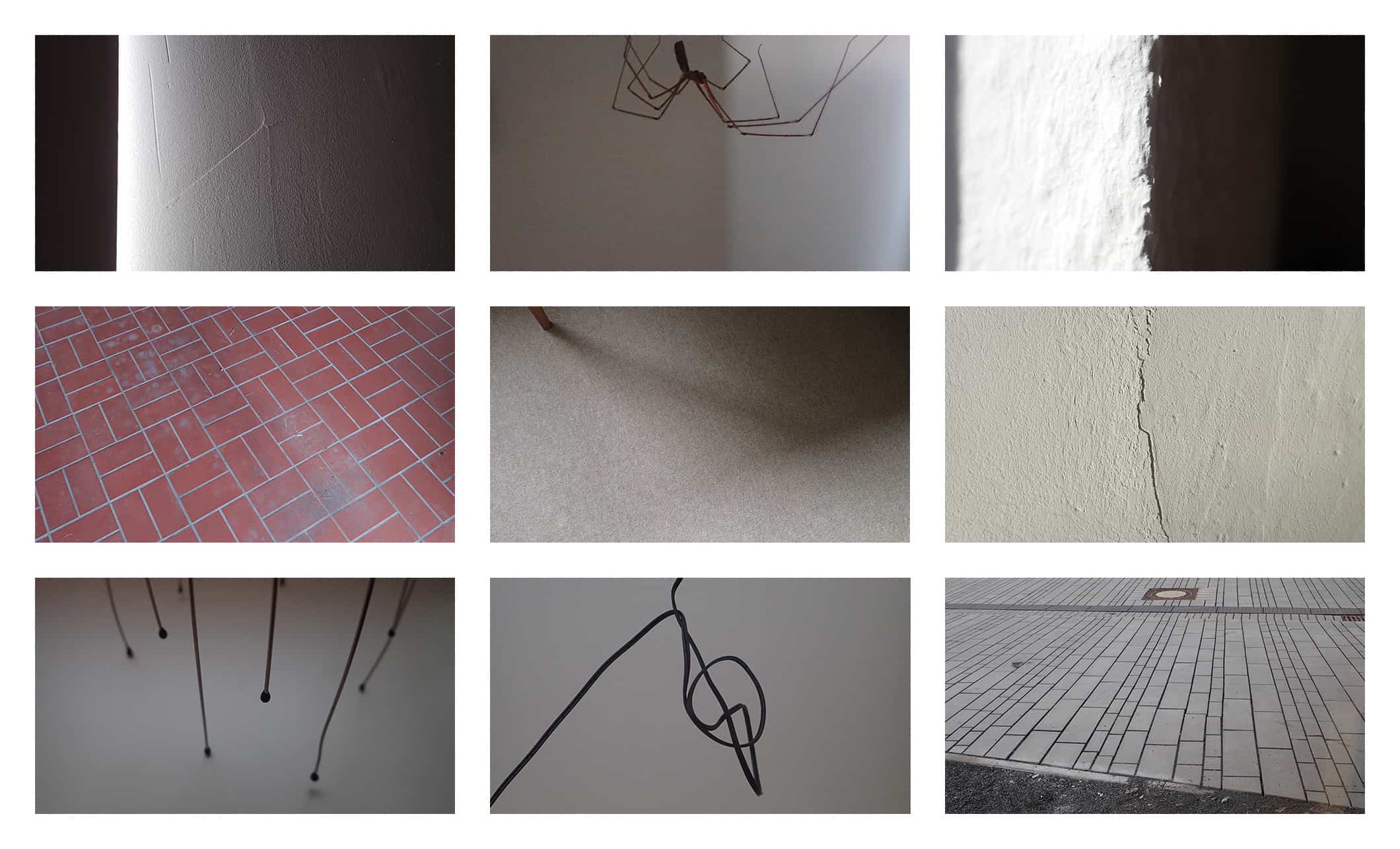 Environment 3 is the wall of an art gallery.
I photographed the wall behind a digital screen and then displayed the photograph on the screen. Using the Pure Movement 1 algorithm I visualise the spider’s movement on this surface. Digital and physical merge within the screen’s frame. 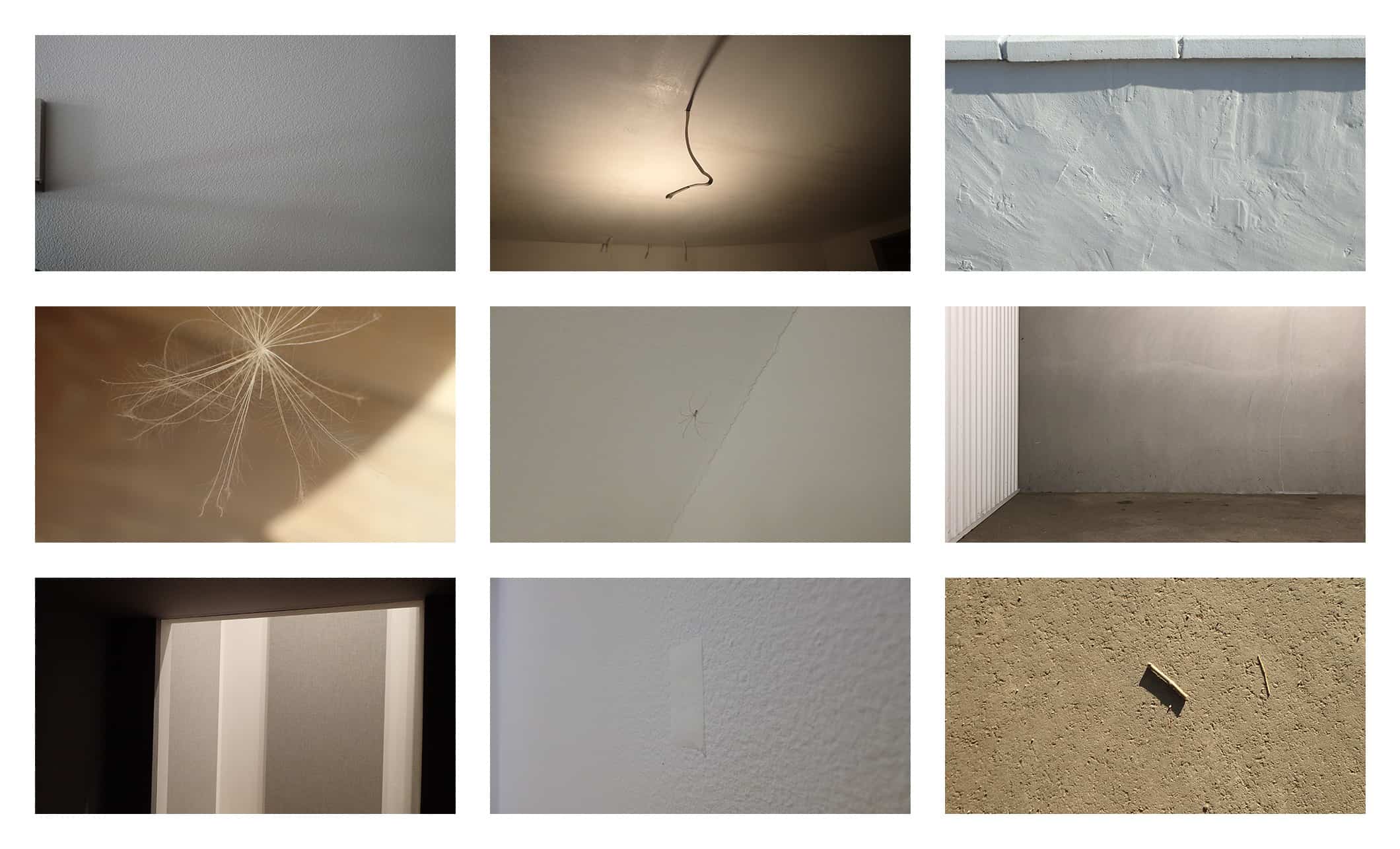